India’s most valuable startup Byju’s has just gotten bigger, with the online education platform doubling its revenue to nearly ₹10,000 crore in FY22. Based on the latest revenue figures, Byju’s is valuing itself at $22.6 billion, almost $6 billion more than its October valuation. View Full Image Self evaluation The higher revenue and valuation are … Read more

Byju’s has raised $800 million from Sumeru Ventures, Vitruvian Partners, and BlackRock, as the world’s most valuable edtech company focuses on expanding its business in global markets and explores to do more acquisitions. Byju Raveendran, founder and CEO of Byju’s, which has 150 million learners globally, is also part of this fund-raise and has made … Read more

Tiger Global-backed Byju’s is in talks for a U.S. listing through a deal with veteran dealmaker Michael Klein’s blank-check firm that could value the Indian edtech firm at $48 billion, a source told Reuters on Thursday. Byju’s, which offers online education and caters to all age groups, has benefited from a boom in online education … Read more

Edtech platform Unacademy on Tuesday said that it has acquired online tuition platform Swiflearn for an undisclosed amount, The acquisition is in-line with Unacademy’s plans to strengthen its position in the kindergarten to grade 12 (K-12) category,  as it heats up the competition against rivals Vedantu and BYJU’s. Three-year old Swiflearn provides live face-to-face online … Read more

On October 15, 2021, L&T announced the launch of L&T Edutech (LTE) – it’s entry into the rapidly growing virtual education sector. It has now appointed Sabyasachi Das as the CEO of this Company. Key points to note – Sabyasachi is a Cognizant veteran having spent more than 22 years at the Company across various … Read more

Overseas education company, Leap, on Wednesday said it has raised $55 million (or roughly Rs400 crore) as a part of its Series C funding round, led by Owl Ventures. The round also saw participation from Harvard Management Company, Inc, along with existing investors Jungle Ventures and Sequoia Capital India. This round comes just six months … Read more

What Happened: China has announced a set of regulations that effectively ban the operation of for-profit education companies in the country. The new rules will no longer allow companies that teach school subjects to accept overseas investment, which could include capital from offshore registered entities of Chinese firms, according to a notice released by the … Read more 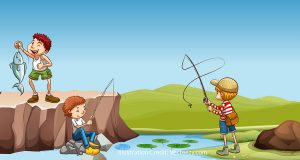 Is there any logical explanation to this? I think there is – checkout if it makes sense.