JioPhone Next expected launch on September 10, 2021. Will it change the game again?

Jio partnered with Google last year to develop an ultra-affordable Android-based smartphone to address the mass Indian market that couldn’t shift to smartphone ecosystem due to unaffordability. (It’s also important to mention here that Google had simultaneously invested $ 4.5 bn into Jio for a deeper commitment to the overall Indian digital story)

The phone is now slated to launch tomorrow i.e., September 10, 2021 and is expected to bring in the next phase of explosive subscriber growth for Jio.

Main reason – the huge addressable market. There are 3 kinds of potential market for this offering.

Jefferies expect all 3 together to provide an addressable market of about 54 crore handsets or about 20 crore annually (assuming about 2-3 years of replacement cycle).

These are very signifiant numbers and can change the rules of the game significantly in favor of Jio.

Have a look at the following numbers taken from Wiki – 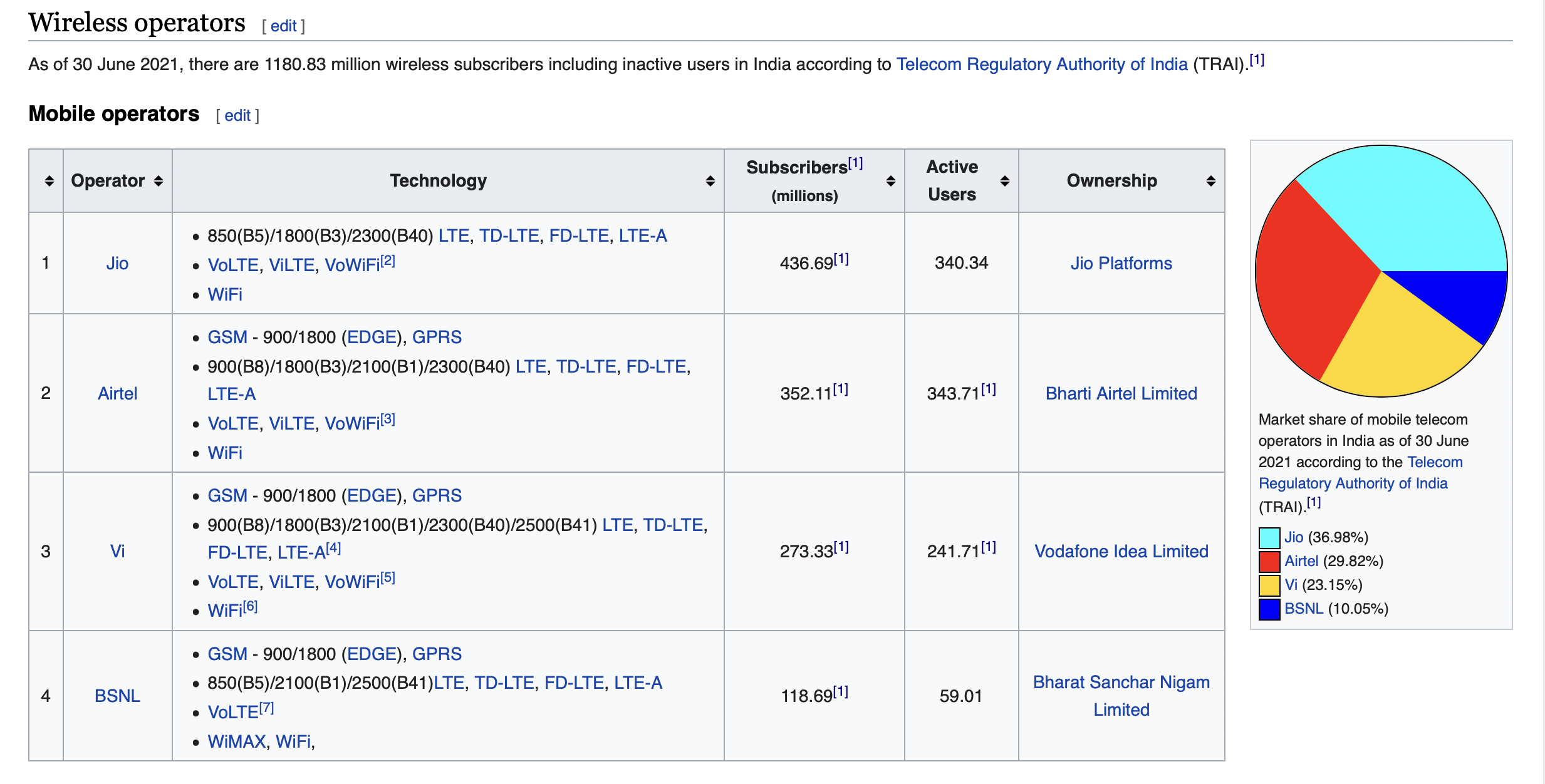 Optically, Jio seems to have a significant lead over Airtel – 37% vs 30% market share. However, if one look closely – this number is based on the total subscriber base including inactive. I really don’t know what purpose does it serve.

In terms of the active subscriber base – both Jio and Airtel are similarly placed at 34 crore subscribers each.

If Jio’s affordability handset game plays out – it would mean significant addition to the overall subscriber base and hence lead especially over Airtel.

As per varied reports, Airtel may not be much bothered about this as most feature phone users are low wage earners and it’s fine if Jio goes aggressively after them. Jefferies only expect a 2-3% impact on Airtel’s FY2023 revenues due to this.

Theoretically, it does seem to make sense. However, it would be surprising if Airtel let it happen so easily. Getting a subscriber into the ecosystem is equally important for future growth perspective.

Whether Airtel strategically decides to let it happen or have an undisclosed strategy to counter this – needs to be watched closely !

Some other key related points to note –

Launch has been delayed due to supposedly chip shortage and advanced testing.

I will not read too much into it. It’s just couple of months delay.

How the scheme works –

Success of the scheme remains to be seen as it’s in the form of cash back and not instant discount.

JioPhone is finally launching on Diwali at a price of Rs 6,499.

The pricing seems normal and not as disruptive at it was touted to be.

Good for Airtel and Vodafone Idea.