As such, it’s not unusual for holding companies to trade at a discount to their underlying investment value. Reason – no one expects them to sell their stake and return the money to the shareholders so value as such is notional – or atleast it’s considered to be.

However, what is unusual is the quantum of discount. Most holding companies over years settle at a particular discount levels to the underlying investment value and become attractive to invest when that discount becomes too high.

Another way to put the same thing is – over longer periods, returns of both the holding company and the invested Company tend to mirror each other. So, though the discount would still be there but the returns would not be drastically different.

Have a look at the following return comparison for BBTC and Britannia shares over last 16 yrs.

As can be seen from the chart, recently gap between BBTC and Britannia has significantly widened – again maybe due to the concerns around Go Air. It’s important to note couple of points here –

On all counts, it seems airline business is a key determinant to BBTC’s share price going forward. Britannia’s business as such is not a concern and company continues to do well.

Other key points to factor in – 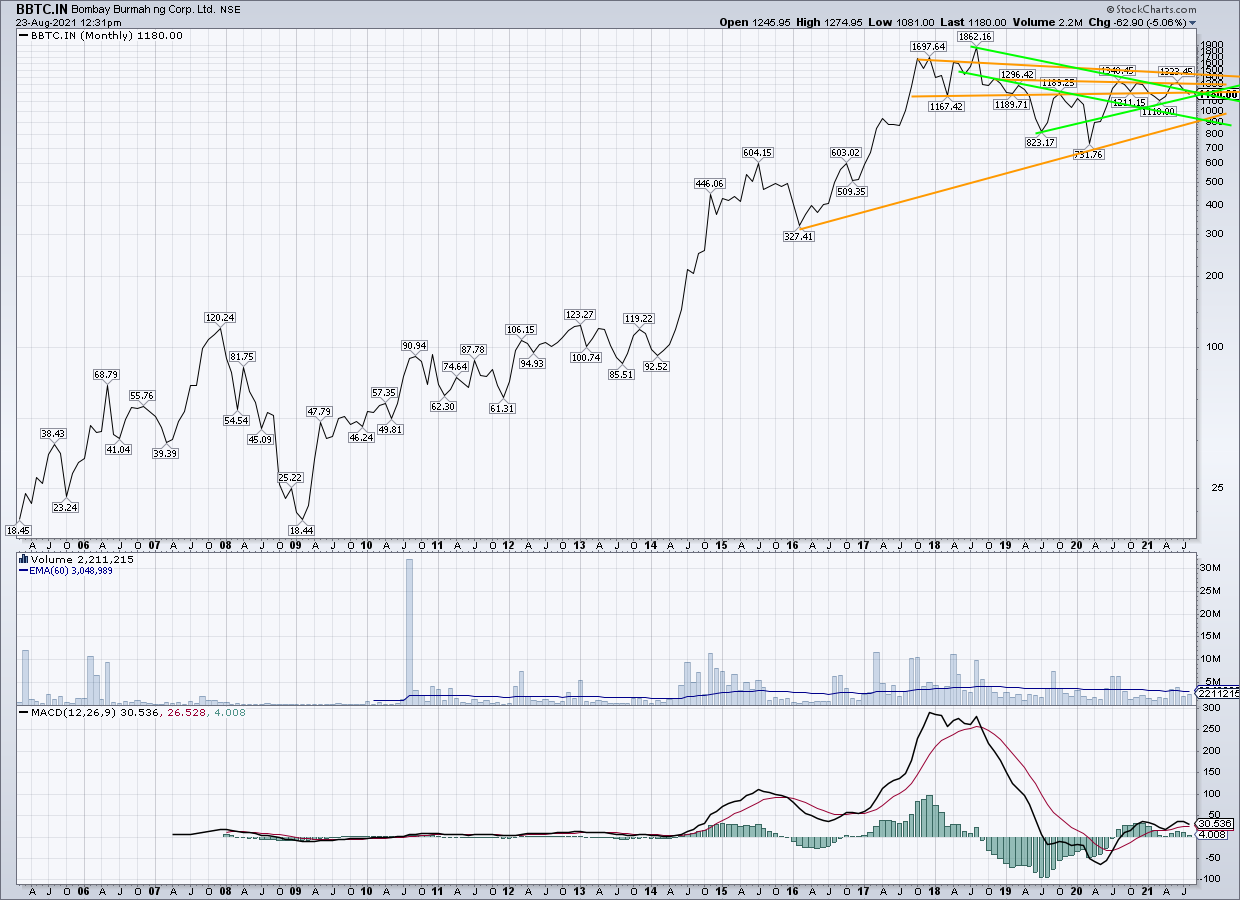 Stock seems to have broken out of the long term trending line and is currently retesting it. Post 1400 levels, the stock can move very quickly.